It’s been a few weeks since my last Alumni Edition post, and I’m so looking forward to reintroducing the feature with one of my all time favorite books, “The Lover’s Dictionary” by David Levithan (TBF alum 2007 and 2009). Technically, “The Lover’s Dictionary” is an adult book, but it definitely has older teen appeal. There is also a “Lover’s Dictionary” Twitter feed (@loversdiction), which I am TOTALLY obsessed with, so if the idea of a novel written in dictionary entries intrigues you, get an idea for the format by checking it out on Twitter. 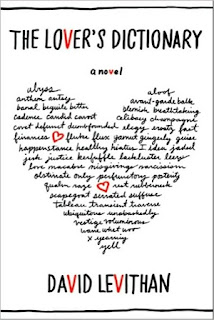 How does one talk about love? Do we even have the right words to describe something that can be both utterly mundane and completely transcendent, pulling us out of our everyday lives and making us feel a part of something greater than ourselves? Taking a unique approach to this problem, the nameless narrator of David Levithan’s The Lover’s Dictionary has constructed the story of his relationship as a dictionary. Through these short entries, he provides an intimate window into the great events and quotidian trifles of being within a couple, giving us an indelible and deeply moving portrait of love in our time.

Struggling to find a word to describe love? In “The Lover’s Dictionary,” you’ll find more than 200 of them.

David Levithan, the author of “Nick and Norah’s Infinite Playlist,” “Boy Meets Boy,” “Will Grayson, Will Grayson,” and many other acclaimed young adult novels, as well as the editor of the wildly popular “The Hunger Games” series, made his way into the adult fiction world this January with his newest novel, “The Lover’s Dictionary.”

“The Lover’s Dictionary” tells the story of two nameless, twenty-somethings living and dating in New York City. Their story is revealed to the reader in dictionary entries written by the narrator, slowly revealing parts of his relationship with his sweetheart. From the good times (“breathtaking, adj. Those mornings when we kiss and surrender for an hour before you say a single word.”) to the bad times (“reverberate, v. Why did your father leave?”), readers follow the narrator and his lover through the ups and downs of their relationship.

“The Lover’s Dictionary” is a lyrical read. It flows beautifully from one word to the next, and will leave the reader dreading the end of a letter’s section, because the end of section means that the book itself is nearing an end. Lovely prose, endearing characters, and a sweet storyline make Levithan’s latest endeavor ethereal. (“Ethereal, adj. You leaned your head into mine, and I leaned my head into yours. Dancing cheek to cheek. Revolving slowly, eyes closed, heartbeat measure, nature’s hum. It lasted the length of an old song, and then we stopped, kissed, and my heart stayed there, just like that.”) 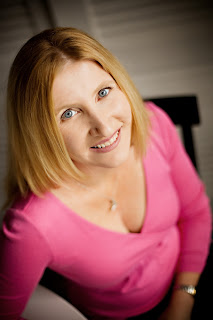 On Monday, I promised you an interview, and now I’m here to deliver! I am pleased to present the first interview of the 2012 season … an interview with Cyn Balog.

Carly Reads: Your books deal with the paranormal, which is a very popular subject at the moment, but your novels include less popular forms of the paranormal, namely fairies, sandmen, and ancient astrology cults. How did you stumble upon these subjects in the first place? What made you interested in writing about them, and did you research the subjects? Cyn Balog: I come up with the subject matter all different ways. With “Fairy Tale,” I was lying in bed just thinking about all the books that feature a girl learning she is a fairy princess. How lucky she would be! She'd be the envy of all her friends. I realized that by turning it on its head, making the GUY learn he was a fairy prince, it was much more interesting. Imagine HIM discussing that in the locker room with his buddies after football practice! For “Sleepless,” I was driving home, listening to a child's song about a sandman (my daughter was in the car with me), when I got the image of a sandman sitting outside a girl's bedroom, waiting to put her to sleep but secretly in love with her. For “Starstruck,” I was watching the news about the H1N1 virus and part of the story was about how the word "influenza" was based on the ancient belief that stars influenced our behavior and could make us ill. So yeah, my ideas come from all over the place, and I think that's the case for anyone... Ideas are all over.... but it's the job of a writer to recognize them, or to twist them around and work with them until they'll make good material for a novel. I've found that I'm getting better at that as I go along!

CR: Your story of bullying is one of the many included in the new anthology “Dear Bully.” What do you think the importance of books like “Dear Bully” is? And what advice do you have for teens who are struggling with bullying? CB: When I read “Dear Bully” for the first time, I was struck by the fact that bullying is not something that happens to a select few. It pretty much happens to everyone at one time or another. Still, being bullied can make you feel so alone. Those people who said high school is the greatest four years of a person's life are nuts. I had a bad case of body dysmorphic disorder and obsessed constantly about my appearance, where I was checking myself in the mirror every two seconds and thinking everyone was looking at me, analyzing my flaws. I was bullied as often as the next kid, but I chose to believe those baseless comments, to internalize what my bullies said and hate myself for it, which made it so much worse. I distinctly remember as a teen, thinking that if this was the best it was going to get, I should probably just pack it in right then. I'm glad I didn't listen because things get waaaaaay easier when you are older. For one, I stopped seeing my every flaw as life-ending and learned to like myself a lot more.

CR: Are you currently working on any new projects (new books!) that you can tell us about? CB: Yes, my new book, coming out in 2012, is called “Touched” (Delacorte) and it's about a boy who can remember his future, all iterations of it, so every time he changes something small, it can have disastrous results. I also have a book called “Dead River,” which is coming out most likely in 2013, and am in the process of trying to sell a dystopian series while writing another paranormal novel about a girl who is hired as a caretaker at a strange mansion, that I hope will come out in 2014.

CR: What was your favorite book when you were a teenager? CB: I was obsessed with everything Stephen King. I loved “Pet Semetary” and “Misery.” I also loved everything Judy Blume.

CR: What author are you most looking forward to meeting/seeing at the Seventh Annual Greater Rochester Teen Book Festival? CB: Actually, when I was growing up, another one of my favorite books ever, that inspired me to write my first novel (I was 14) was called “The Year Without Michael.” When I read “Life as we Knew It,” I loved it (even though I don't think I slept for days as I was planning my basement fall-out shelter), and was so surprised to find out that the author of that book was the same author that I'd read as a teen, Susan Beth Pfeffer. It will be like a dream for me to finally meet one of the greatest influences for me and my writing! I also adore all of Laurie Halse Anderson's books, and there are many other authors that will be appearing that I admire... Jenny Han, Beth Fantaskey.... oh, the list just goes on and on! I think I will probably be so starstruck when I get there that I will probably throw up on one, or several, of them.

Cyn, I am so psyched for you to meet Susan Beth Pfeffer. I think that is the coolest story ever. Thanks so much for taking the time answer these questions for us, Cyn! We can’t wait to meet you in May.

I’m back, and I missed you! I am DROWING in work over here. Between homework, graduate school applications, and writing my 50 to 70 page Honors Thesis, reading and blogging have gotten put WAY on the back burner. So for that, I apologize! I’m trying my best, and I hope to be able to get back into posting more regularly, especially since interviews have started arriving in my inbox!

Be on the lookout for an interview with one of our TBF 2012 authors on Wednesday, but today, I want to share some information about an exciting opportunity for all the artistic teen fans out there. The TBF planning committee is searching for teens to design the TBF 2012 program and the TBF 2013 tee shirt. All of the details can be found here.

So if you are an artistic teen fan, or know an artist teen fan, spread the news! 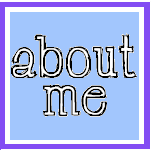